“Style Up” And Be Patriotic, Kithure Kindiki Fires At CA(K) Communication Authority 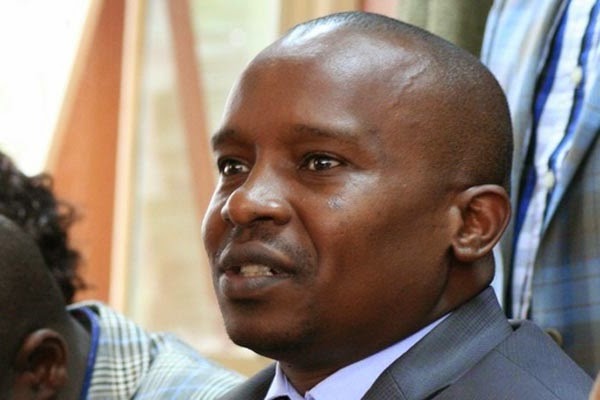 The battle between the four broadcasting House - NTV, QTV, Citizen TV and KTN verses Communication Authority of Kenya is away from over.
Today it has taken a different course after Communication Council abolished temporal digital broadcasting licenses given to the four Television Broadcasts.

The CA(K) board reached a decision after involved media stations, continued to air cautionary advert, advising their viewers against buying digital set top boxes, sold by GOtv and Startimes companies.


Media Owners Association (MOA) on the other hand, alleges CA(K) of being biased and preferring GOtv and Pan African group in the digital migration battles. And the four have sworn to challenge today’s court judgment by the CA(K) to withdraw its Digital License.

In relation to back and forth Digital Migration, Senate Majority Leader & Senator for Tharaka Nithi County, Kithure Kindike pushed his envelope through on the issue, saying that the Communications Authority of Kenya must stop frustrating local media houses at the expense of foreigners. He further asked the CA(K) to style up and be patriotic

Quoted;
"Communications Authority of Kenya must stop frustrating local media houses at the expense of foreigners. Style up and be patriotic"

…and on the same issue reactions build up… check it out!


Communications Authority of Kenya must stop frustrating local media houses at the expense of foreigners. Style up and be patriotic
— Kithure Kindiki (@KithureKindiki) January 21, 2015


You can't stop and idea whose time has come, you can postpone but eventually it will happen. #DigitalMigration pic.twitter.com/7gZxQG4N68
— Christopher Kirwa (@chriskirwa) January 19, 2015


RT @ArthurKamau: the kicks of a dying horse are always very strong and can be felt from very far #digitalmigration it has to happen
— Joey Muthengi (@Joey_Muthengi) January 21, 2015


I feel bad for the journalists in the three media houses they must misleadKenyans in orderto get paid@ntvkenya@Larrymadowo #DigitalMigration
— kimutai sammy (@Kimutaisammy) January 21, 2015