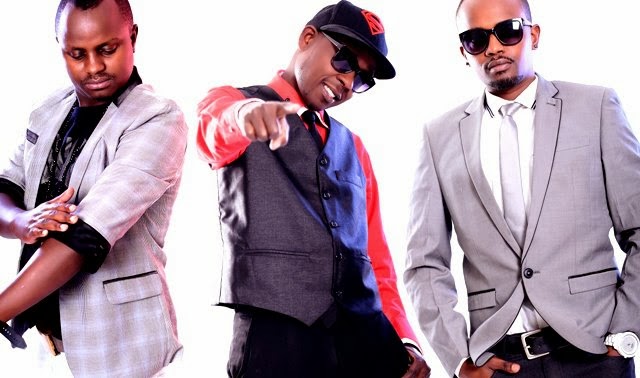 Hours before Valentine's Day the group revealed the long awaited video, L.O.V.E and an hour after the upload, it had already attracted 300 Plus views.

The channel O Award Winner Group, “P-Unit” has this time leveled it, targeting their gentler fans, they too prove own Kenyan African Music as well as setting higher standards to Kenyan Music.  For the last couple of years, P-Unit has been known in doing club heaps. Now, they join in the list, of a few Kenyan Rappers who have successfully played it versatile in proving that they can both slow-sing and rap.

Having realized the road to greater heights after winning two awards last December in Soweto, South Africa; the most Gifted African East Video and the Most Gifted Ragga Dancehall Video, from their hit “You Guy”, they now, aim higher.

They've had development in the past like in year 2007, when they released their first album, Wagenge Hao, they won numerous awards in Best Group Class. Some of their success tracks comprise, Kare, Hapa Kule, Si Lazima, Juu tu sana, Gentleman with Sauti Sol, You Guy and now L.O.V.E.  They have also been selected for the MTV Africa Music Awards.

The song LOVE proves a diverse kind of style, which incorporates the known Genge version that they are known in the past with the catchy Kwaito melodic from South Africa.

And Now the Valentine’s Day is here, P-Unit “Gives you L-O-V-E”, “Shows You L-O-V-E “; therefore, reminds us to express L-O-V-E too to those that we Love…

And as we crown it, what do you think of the Jam, DOPE? Have a look [Video]