For Hours, Dedan Kimathi's Statue Was Refashioned With A Human Being 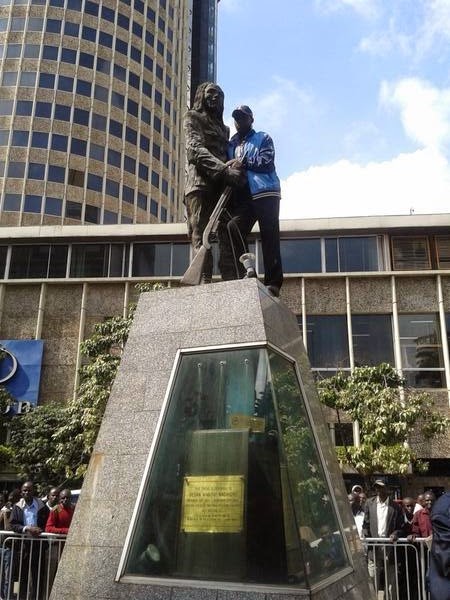 The Grandson of Dedan Kimathi chained himself on his grandfather’s statue along Kimathi Street in Nairobi, a monument for the late Freedom Fighter Dedan Kimathi.

Nairobi firefighters who visited the scene and left moments later after they failed to bring the man down. 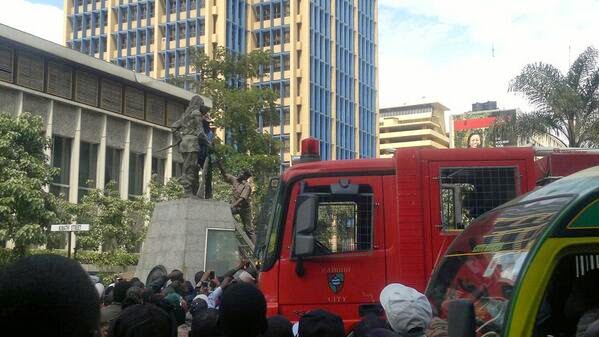 Kimathi who has been chained to the monument told bystanders that he could only free himself if only he was able to speak to Mama Mukami Kimathi, Dedan Kimathi’s Window. 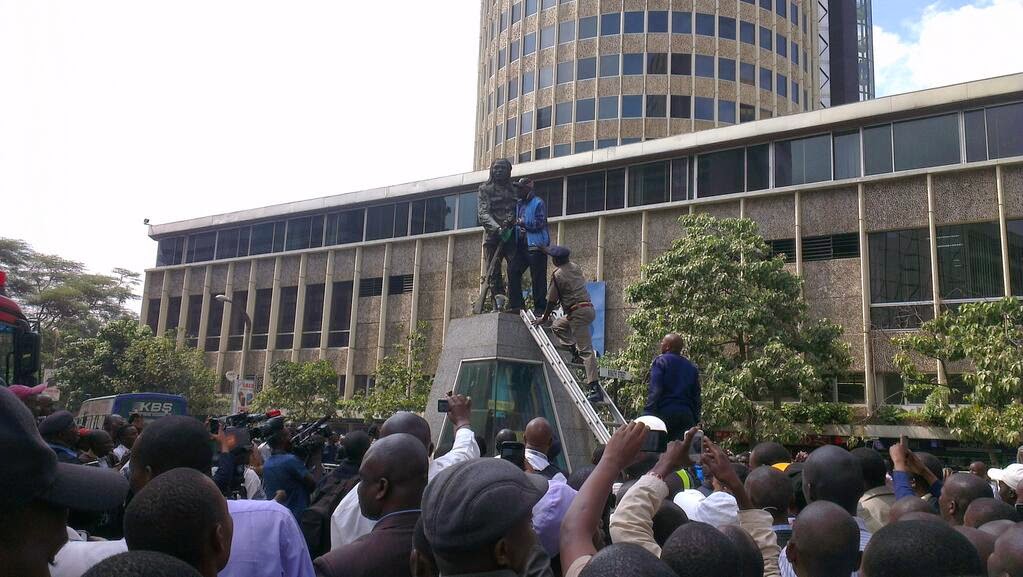