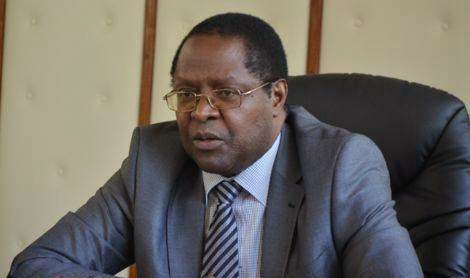 If you ask me, Kenya has converted itself as the headquarters of political drama of the bizarre.
It is all motion without any trace of undertaking. My question is when are we going to see real governance lubricated in clearly-formulated road-maps with symbol displayed assessments?

Drama continues shortly has it written on the walls; from Impeachment, insecurity, Anglo-Leasing, Courts to senate battles, and the list goes on.

Now, back to our topic, the court has momentarily barred the enactment of the senate verdict to impeach the Embu Governor, Nyaga Wambora awaiting the hearing of an application by a collection of Embu people.

On Tuesday the senators voted to remove Wambora from office, affirming the Governor seat vacant, but Justice Richard Mwongo suspended the swearing in of the Deputy Governor Dorothy Nditi to the office awaiting the determination of the case filed by Embu residents.
Post a Comment
Labels#NEWS, #POLITICS
Newer
Older