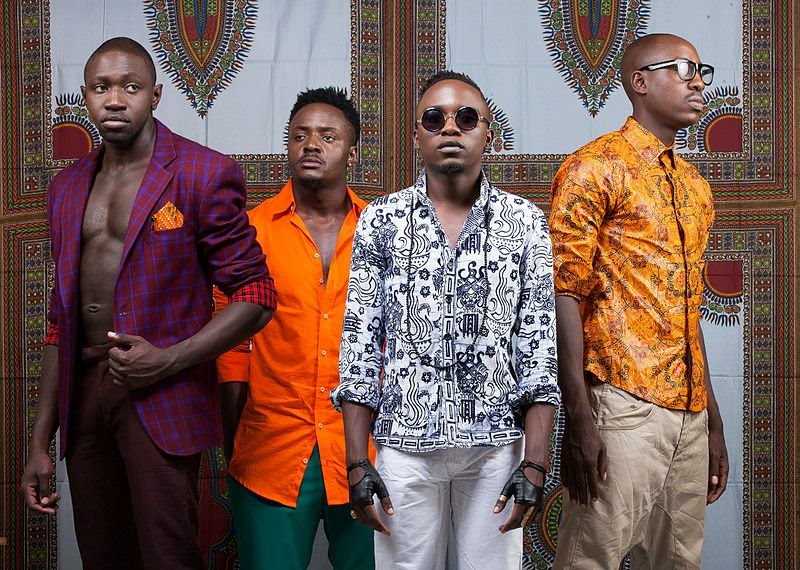 Sauti Sol has always been known to embark on thrilling and alluring operation with every single track they release, as they take advantage of their arty resourceful and well calculated balance harmonies guaranteeing speedy and mass response from the fans.

Too soon but, they nailed it, I mean they never disappoint. ‘NISHIKE’ is such an intense new video, third single off their upcoming third album.


The wet bedroom slow jam video isn’t your mamas’ thing but for the grown, as the Afro-Pop Band members, kiss goodbye to their chemises and show off their demarcated abs with much enjoyment.
The soaking Jam ‘NISHIKE’ Swahili (touch me) written and composed by Sauti Sol, is the hottest video, you’ll only lock on to a nighttime playlist with some deep catchy lines -'I Wonna Hold Ya' tighter & Sweeter let's make luv' tonight', I wonna Kiss ya' Tender  en' deeper let's make la la la la........continues...  Produced by Kagwe Mungai and video directed by Enos Olik/Bokeh Family 2014.

The award winning crew is presently nominated for ‘Best Group’ at the MTV 2014 Music Awards and as Africans gum onto their winning, they ascertain they deserve it.

And as you watch their video Nishike don't forget to also VOTE Nominees (Best group) 2014 MTV Africa Music Awards via: