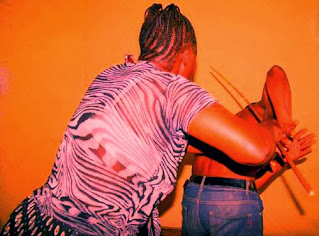 It caught my earlobes yesterday, early in the dawn as I was visiting a friend in Mt. Kenya suburbs.
Just as I was catching some beautiful melodies of the birds outside, sadly, it was cut short by noise from the neighboring compound. It was the voice of a woman who was fighting her husbands’ friend from getting into the house to enjoy her goodies.
In pajamas, we run to rescue the poor woman, but as we struggled to separate the two, we realized, there was much than we thought. Let’s call it “Swinger Lifestyle” since we are in ancient days but if you belong to the odd age well, it’s “Wife Swapping”.
This friends’ wife refused to open the door for him, and he had to spend a chilly night outside knocking at the door.  He also could not go back to his house since his friend and his wife were busy at the time enjoying their moment. So, he had to hang around begging his friends’ wife to open the door. I guess it was so nagging and the woman decided to open the door and cut shot the crap, but it turned into a horrible scene.
As the fight went on, we realize that it was not the first time. The husbands had a pattern of switching their wives and at this time the plan had backfired and this woman was not for the crap any longer.
My questions were: How heroic mutual consensus of these males and females? To them, it was easy to provide ultimate sexual pressure and also preserve the level of affection between couples itself? The idea of seeing their elegant and pretty wives submit to the seduction of extra man is indeed one of the erotic things of a kind. Maybe there are benefits behind this lifestyle but I’ll leave that to those that have experienced it to outline them for us.
Listening to them, we left to have them resolve the issue their way. But, just in case anyone is interested to familiarize with the kind of lifestyle, Congratulations! But be sure the plan will not backfire and cause embarrassment.
Post a Comment
Labels#LOVE, #NEWS, #RELATIONSHIPS DRAMA
Newer
Older