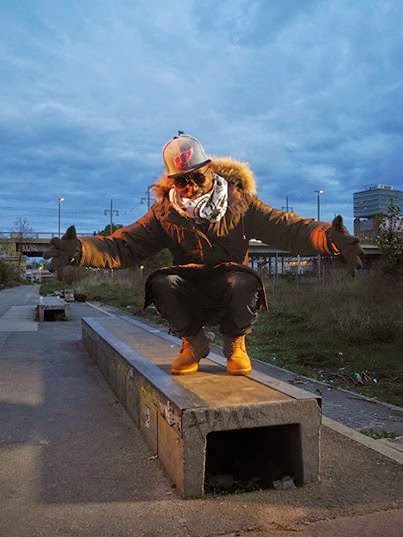 It’s evident that Social Podiums, part of technology has become part and person of our lives and to the Kenyan Rapper Octopizzo, has taken every advantage,  if you’re his follower on social platforms you’ll agree with me.

Despite him being a very dedicated fella in showbiz and in private being, Octo spares sometime to interact with his fans on daily basis, either about his music, what he’s up to or pass on some guidelines and encouragement on life’s struggle which he achieves very well if I may say.

He’s one Kenyan Hip-hopper who ideas never run dry despite criticisms from his players and he’s not afraid to introduce or try new stuff no matter the concern. Well, to cut the story shot, Octo just dropped video “HALA” and it is in the beginning of the video he introduces Octopizzo’s Airlines.
Besides HALA video, Octopizzo spits some encouraging lyrics directing to his followers and players and "Holla Atcha Boy!" is the theme.

Currently, the #NambaNaneBeiby jingoist teams up with some of the African Artistes like Lady Jaydee, Fally Ipupa, Lilian Mbabazi,Wanje, M.I and a Brazillian David Correy to compose a non-official world cup anthem after they were selected by Coca Cola the official sponsors of the FIFA World Cup.