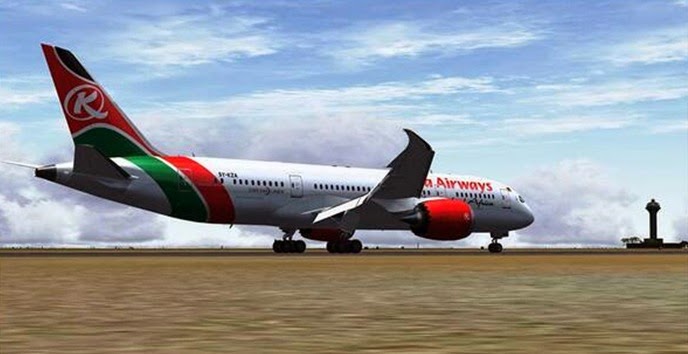 After four years delay, Kenya Airways Dreamliner lands succeeding an overdue delivery time-frame.  KQ Dreamliner will serve Nairobi- Paris Route and will be used by engineers and pilots for training before viable flights kickoff in June.

The Plane is said to replace senior aircrafts as it consumes 20 percent less fuel and will officially be unveiled this Saturday.

Although the introduction of the airplane has been without its glitches, reasons of its delay for years, it assures better experience for passengers. The Cabin air capacious and is calculated differently from other airplanes haggard straight from the outside, rather than through the engines making it fresher.

It has got more humid, and pressurized at a lesser level, giving passengers superior experience at the end of the flight with large windows.